Scissorfight is back to wreak havoc with a new line up!!

From 1994 to 2006 the heavy rock band Scissorfight roamed the land, playing their particularly gross and graunching brand of rock and roll for the people and in the process leaving many an eardrum and music venue rent asunder.  The people approved.

The year 2016 marks the re-emergence of Scissorfight.  A new, re-tooled version of the band.  A new pair of scissors, same fight.  Doug "myowngrave" Aubin has taken over the "front beast" position.  Delivering tales of absurd and atrocious behaviors from the great north woods of New Hampshire.  A little Coos County chaos if you will.  He expects you to have a good time.  The drum seat has been filled by Rick "Stixxx" Orcutt.  Steeped in the feral ways of punk rock drumming styles, he is ready to lay down the heavy shit whilst keeping the speedy intact.  Along with founding members Paul "Jarvis" Jarvis on the low end four stringer and Jay "Octocock" Fortin covering the high mids on his six stringer, this line up promises to deliver the soundtrack to a righteous stovin' in, a murderous pummeling of sonic abominations.  These mutha's possess an unquenchable thirst for riffs and volume.

The plan of attack is to lay down mud hole stomping versions of the iconic Scissforight library of past melodies while driving a fully jacked and antlered '79 F250 monster truck head first into new material.  Different yet familiar.  Carrying on the traditional and forging a new chapter.

Get yur shit kickers on...
https://scissorfight.com/ 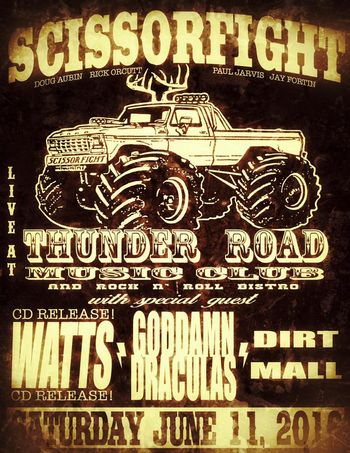 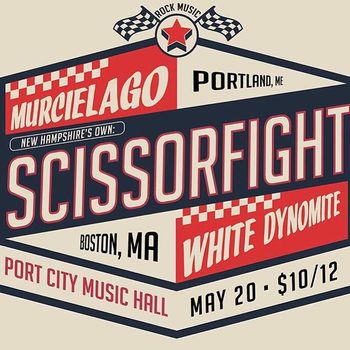 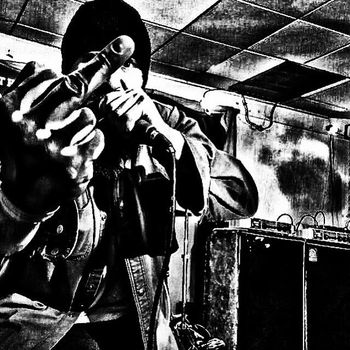 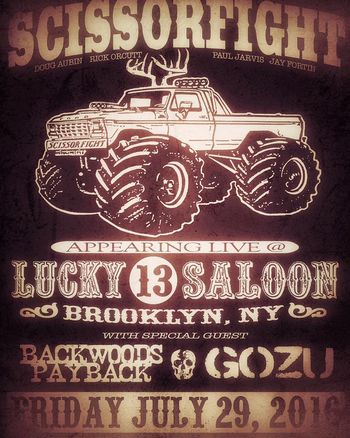 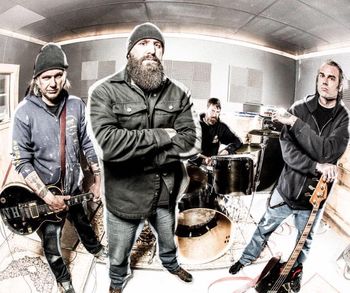 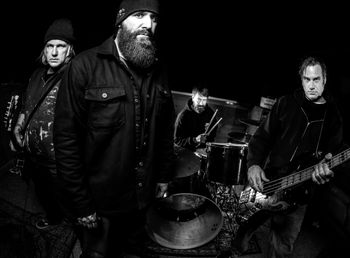 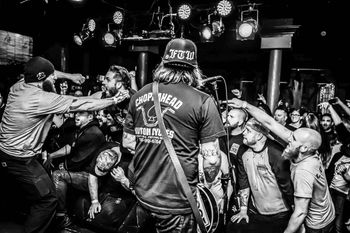 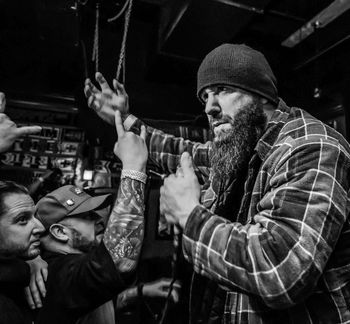