Something that moves you.

Something that sends chills up your spine.

The sixty cycle hum of a tube powered stack bellowing through the silence. The deafening roar of a 454 throwing power at some winding dirt road up riff mountain. Straight up and over the top as the sun rises above the temple of rumble. This is music so intense, so uncompromising that it pushes the limits of powerhouse rock. … Camaro Rock...

BUZZARD CANYON have teamed up with Salt of the Earth Records for the release of their debut album "Hellfire and Whiskey."  Recorded and mixed at Room SevenZeroEight with guitarist and vocalist Aaron Lewis at the engineering helm, the eight song release takes you on a full throttle rawkus journey of fuel injected high energy rock and roll.  The Guitars of Mike Parkyn and Aaron drip with fuzz as they lay riffage over the thundering bass and drums of Randall Dumas and Matt Raftery respectively.  All while the swirling dual lead vocals of Amber Leigh and Aaron spin tales of high speed car chases, debauchery and psychedelic trips gone wrong.  Sometimes crooning, sometimes screaming, always soulful, the intertwining dual lead vocals are something that put Buzzard Canyon in a place to stand out within the fuzz rock genre.

Having garnered a strong buzz from numerous shows throughout the Northeast and Mid-Atlantic including notable festival billings such as Maryland’s Vultures of Volume, New York’s Feast of Krampus and Toronto's Doom Over T.O., Buzzard Canyon look to expand their reach and broaden their audience with the release of "Hellfire and Whiskey" and thru aggressive live shows to follow.  Made up of members of Cable, When the Deadbolt Breaks, No December and Minus; Buzzard Canyon leaves the listener needing whiskey and a reason...
Buzzard Canyon is:
Amber Leigh: Vocals
Aaron Lewis: Guitar and Vocals
Mike Parkyn: Guitar
Randall Dumas: Bass
Matt Raftery: Drums 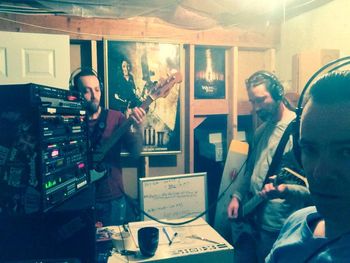 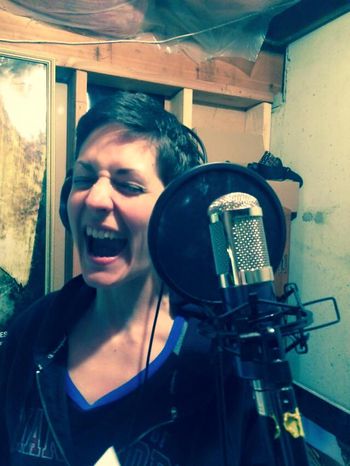 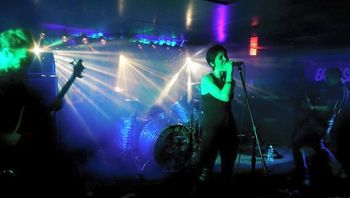